WEBINAR: Sharing 35 years of experience in this unique art form

Odyssey is Canada’s foremost exponent of Commedia dell’Arte, a form of Italian masked theatre rich in social satire and physical comedy.  We have adapted Commedia to produce contemporary adaptations of both classic and new plays. Starting in 2021, a series of eight unique one-hour monthly sessions will provide a wealth of knowledge on the art behind this art form that inspires our award-winning work.

CommediaTalks will explore the stock characters, stories, satire and comedy of Commedia through commentary, interviews and performances of contemporary and classical scenes from our repertoire by Odyssey actors. It will include discussions with designers, actors, directors and playwrights providing insights on how to stage work integrating movement, music, masks and Commedia. The webinar will be an extraordinary permanent resource for artists, students, community theatre practitioners, teachers and theatre lovers across Canada and globally.

Odyssey to bring its creative magic to the virtual stage

OTTAWA — Odyssey Theatre has made the difficult decision to cancel this summer’s Theatre Under the Stars production in Strathcona Park due to the global health crisis. Rather than going dark, Odyssey will launch A Virtual Odyssey – an innovative digital theatre series to captivate audiences with creative and interactive online programs for families, youth, adults and artists.

Theatre Under The Stars
(at Strathcona Park)

Every summer, our club supports local theatre and sells tickets to raise funds to support our annual awards program.

The Bonds of Interest
Written by Jacinto Benavente 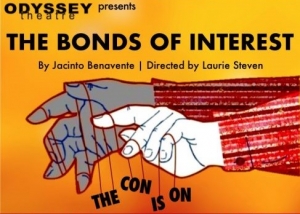 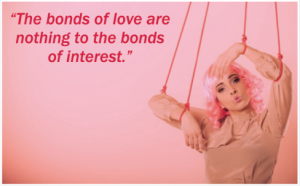 The con is on when two penniless con artists arrive in a town of pretenders and concoct a devious scheme to get rich. But the town is in too deep and too tied up in their vested bonds of interest to blow the whistle.

Directed by Artistic Director Laurie Steven, this production will weave the company’s signature masks and Commedia dell’Arte with the play’s delightful wit and savage farce to create a flamboyantly theatrical production that will speak to today’s audiences.

A talented team of designers and a cast of twelve will create a stunning production that promises to be the hit of the summer. Rarely seen in North America, Benavente’s modern Commedia dell’Arte masterpiece is a wickedly clever satire about self-interest, greed, and corruption in the modern consumer-driven world.

This marvellous new translation is being developed by Odyssey Theatre in collaboration with Catherine Boyle of Out of the Wings. Based in London UK, and associated with King’s College London University, they are dedicated to bringing the trove of untranslated Spanish theatre to English-speaking audiences.

Lysistrata and the Temple of Gaia
Written and directed by David S. Craig

A provocative, sexual, and funny new play that blends farce, Greek chorus work, and a giant masked goddess to expose our apathy to environmental catastrophe. 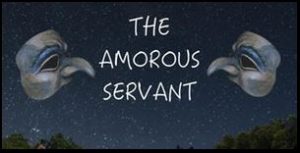 A Canadian translation of a Goldoni Commedia jewel about the value of integrity.

The Servant of Two Masters

By Carlo Goldoni
Adapted and directed by Andy Massingham

In this rollicking comedy, the savvy and perpetually hungry servant Truffaldino concocts a scheme to double his wages (and his meals) by serving two masters at once.

The Things We Do For Love

An evening of three plays inspired by the traditions of Spanish Commedia dell’Arte.

A satiric look at society filled with greedy schemers.

Arms and the Man

Shaw’s comedy about love and war.